Vonn Christian Bell is an American football safety for the Cincinnati Bengals of the National Football League (NFL). He played college football at Ohio State and was drafted by the New Orleans Saints in the second round of the 2016 NFL Draft.

Bell’s first two years of high school were at Chattanooga Central High School in Harrison, Tennessee, where he received all district honors. Bell then attended Ridgeland High School in Rossville, Georgia. In Bell’s senior year he led Ridgeland to the Georgia class AAAA state championship but lost to Sandy Creek 41-10. He was rated by both Rivals.com and Scout.com as a five-star recruit and was ranked among the number two safety in the country. Bell was rated as a five-star recruit by 247 Sports and a high four-star by ESPN who rated him as the 50th best player overall in the nation regardless of position. Bell was elected to play in the 2013 Under Amour All-American game. On February 6, 2013 he committed to The Ohio State University.

Bell played in all 13 games as a backup his freshman season in 2013, but made his first career start on January 3, 2014 in the Discover Orange Bowl where he recorded his first collegiate interception. Bell became a full-time starter for the Buckeyes his sophomore season in 2014. He played in all 15 games recording 91 tackles and a conference-leading six interceptions. In the 2015 College Football Playoff National Championship victory over Oregon, he recorded six tackles and a sack. 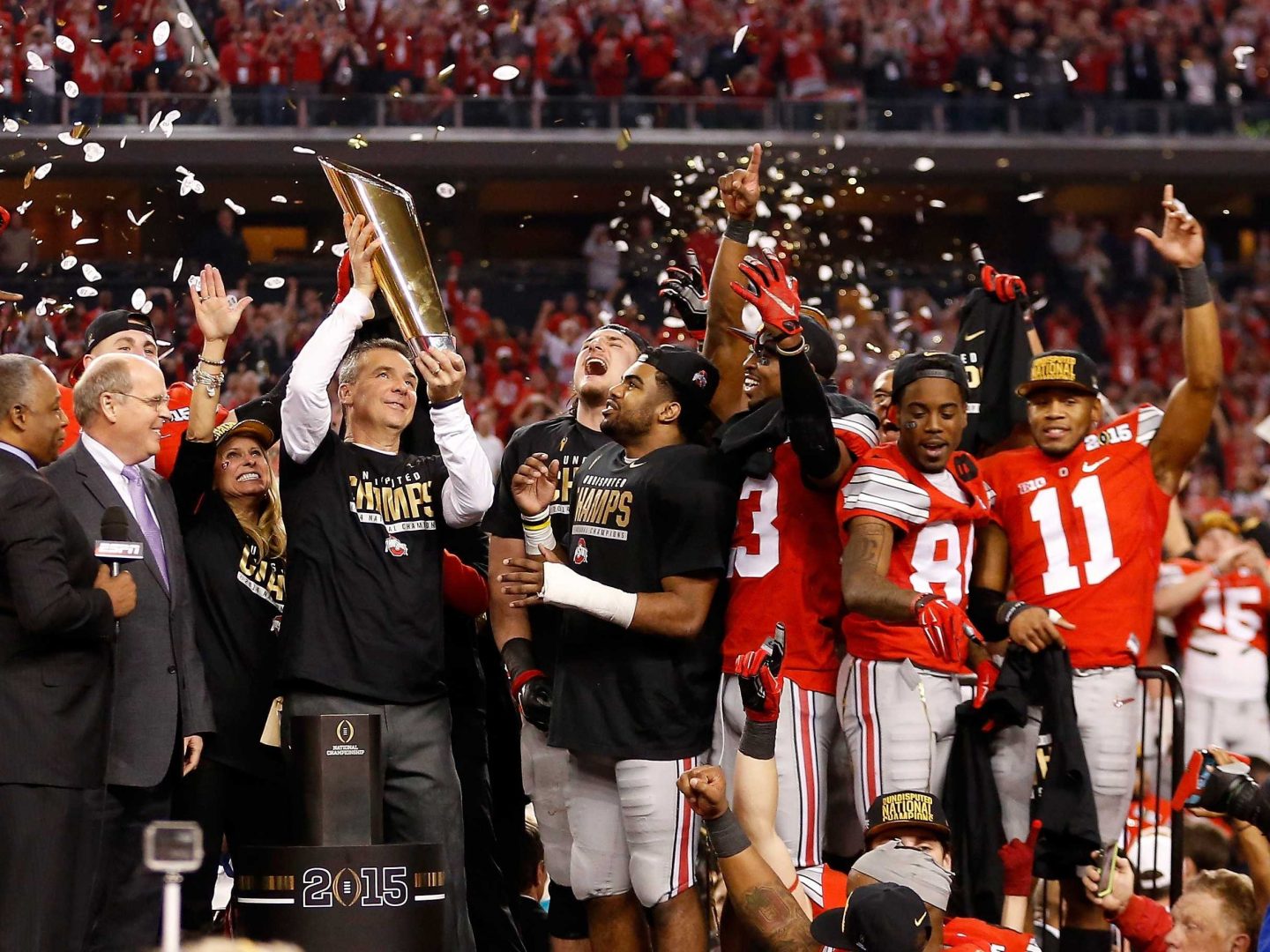 He attended the NFL Scouting Combine in Indianapolis, Indiana, but opted to skip the combine drills due to a hamstring injury. He chose to only meet with team representatives and had his measurements and weight taken. On March 11, 2016, he attended Ohio State’s pro day and performed the 40-yard dash, 20-yard dash, 10-yard dash, and vertical drill for scouts and team representatives. He also attended private workouts and visits with multiple teams, including the Minnesota Vikings, Buffalo Bills, Atlanta Falcons, Los Angeles Rams, Tampa Bay Buccaneers, Jacksonville Jaguars, Pittsburgh Steelers, and Tennessee Titans among others. Bell was projected to be a second round pick by NFL Draft experts and scouts. He was ranked the second best safety prospect in the draft by NFL analyst Mike Mayock and ESPN, the third best strong safety by DraftScout.com, and was ranked the 11th best defensive back by Sports Illustrated.

The New Orleans Saints selected Bell in the second round of the 2016 NFL Draft.

He made his professional regular season debut in the New Orleans Saints’ season-opening 35–34 loss to the Oakland Raiders. The following week, he made his first career start, as a nickelback, and recorded a season-high nine combined tackles during a 16–13 loss at the New York Giants in Week 2. He made his first career tackle on wide receiver Sterling Shepard during the game, after Shepard caught a five-yard pass on the Giants’ first offensive snap. On November 9, 2016, Bell recorded six combined tackles and was credited with half a sack during a 41–23 victory at the San Francisco 49ers. He made his first career sack with teammate Cameron Jordan, as they tackled quarterback Colin Kaepernick for a five-yard loss in the third quarter. In Week 15, he tied his season-high of nine combined tackles and forced a fumble in the Saints’ 48–41 victory at the Arizona Cardinals. He finished his rookie season in 2016 with 87 combined tackles (61 solo), four pass deflections, two forced fumbles, and a sack in 16 games and 14 starts. Bell was inconsistent throughout his rookie season and supplanted Byrd at free safety for a brief period in the beginning of the season before losing the role due to issues in pass coverage. He started two games at free safety and started 12 as either a nickelback or third safety in Dennis Allen’s third-safety technique.

On October 15, 2017, Bell recorded five combined tackles and made his first career solo sack on quarterback Matthew Stafford during a 52–38 win against the Detroit Lions. In Week 11, he collected a season-high 13 combined tackles (ten solo) and a sack in the Saints’ 34–31 victory over the Washington Redskins. The following week, Bell made 11 combined tackles (nine solo) and sacked quarterback Jared Goff during a 26–20 loss at the Los Angeles Rams. He finished the 2017 season with 83 combined tackles (62 solo), 4.5 sacks, and two pass deflections in 16 games and ten starts. Pro Football Focus gave Bell an overall grade of 68.7, ranking him 65th among all qualifying safeties in 2017.

The New Orleans Saints finished first in the NFC South with an 11-5 record. On January 7, 2018, Bell started in his first career playoff game and recorded nine combined tackles and sacked quarterback Cam Newton in the Saints’ 31–26 victory against the Carolina Panthers in the NFC Wildcard Game. The following week, he made eight solo tackles during a 29–24 loss at the Minnesota Vikings in the NFC Divisional Round.

Join the Vonn Bell Team email list and be the first to hear about updates, news, camps and appearances!

To the Saints organization, thank you for giving m

I had a great time at the #CastrolEDGE Titanium Tr

The Legend, The Man, The Icon, Kobe Bryant. Love a

Thank you for your love and support to another gre


Error: API requests are being delayed for this account. New posts will not be retrieved.